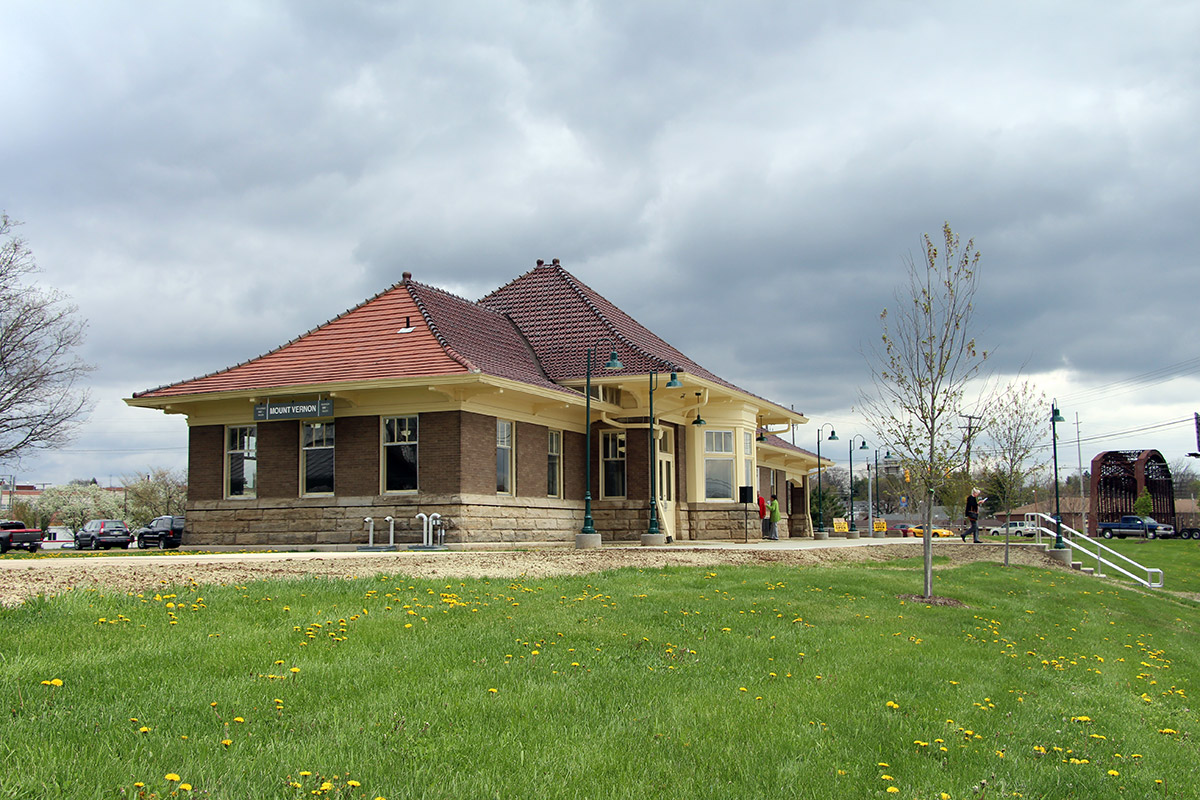 Please note that the CA&C Depot is no longer available as a rentable venue.

The William A. Stroud Welcome Center is located in the beautifully restored and updated Cleveland, Akron & Columbus (CA&C) Railroad Depot. 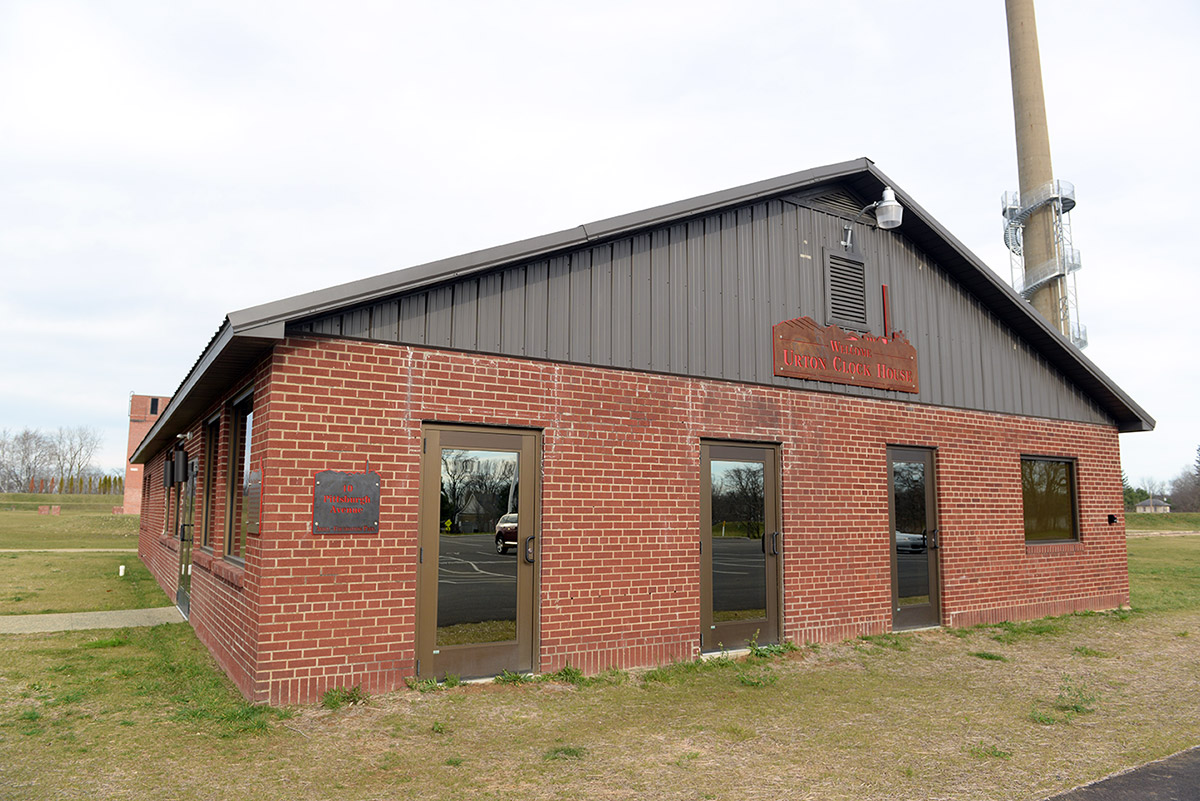 The Urton Clock House at Ariel-Foundation Park serves as a museum and event space available for rent.

Individuals and organizations are welcome to use the historic 1907 B&O depot for meetings and special events for a minimal fee. The station is available for one-half day or a full day. Please use the Reservation Form to connect with our Reservation Specialist who can ensure this is the right venue for your event.

A representative of the B&O Depot will be on site during your event.

The depot will accommodate 70 guests for a sit-down event or about 100 for a stand-up reception. The depot has a catering kitchen and B&O china place settings for 100. The kitchen has two microwave ovens, a refrigerator, a warming oven, a 3-pot Bunn coffee maker and two dishwashers. All food must be prepared and cooked at another location as we do not have stoves or ovens. Eight 60" round tables and 80 chairs are available for an extra charge. We encourage you to stop by the depot to see if it will be suitable for your event.

Smoking is prohibited on Depot property and inside the building. Parking is limited and we encourage car-pooling.

Your reservation is not complete unless we have a signed contract and deposit. Food & Alcohol Policy | Park Policies 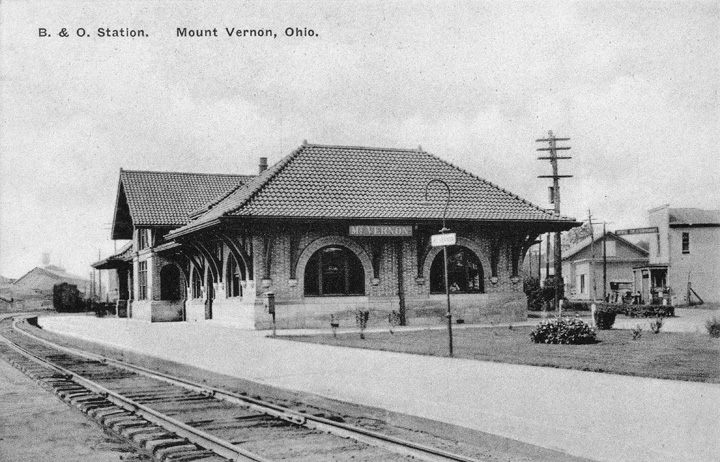 People like historic public buildings and especially historic train stations. A depot, some people say, is a community’s front door.

The Baltimore & Ohio Railroad depot, located five blocks west of the square on High Street, served as Mount Vernon’s front door for more than 95 years as a telegraph office, freight and passenger railroad station. Owned by the City of Mount Vernon, the B&O depot has undergone a complete renovation which was completed in November 2007.

On Monday, November 25, 1907, Baltimore & Ohio passenger train number 7, northbound, was the first train to stop at the new B&O station. A small news item in The Daily Banner read, “The new building is a very handsome one and also very convenient. One of the most striking advantages is that a passenger can purchase a ticket and have his baggage checked without going outside the station. The new station is equipped with all modern conveniences. It is heated with steam and lighted with electricity.”

The single one and a half story structure was built in the style known as “Richardsonian Romanesque.” Henry H. Richardson has been recognized as one of the few, great American architects and his interpretation of Romanesque forms influenced a whole generation of architects, including the architect who designed the B&O depot. The style is easily identified by the heavy masonry construction, the Roman arches, and the deep window recesses.

The exterior is of stone, brick and wood construction and the 4,200 square-foot interior is of plaster and quarter-sawn oak hardwoods, including the floors. The hip roof is red quarry tile.

The restoration of the B&O depot may be one of the largest private-public projects in the history of the City. The project was not being funded with state or federal money, but with local funds, more than half of it from private donations. The City of Mount Vernon purchased the depot from CSX Transportation in late 2002 for $160,000. Work commenced on the structure in 2003 and was completed in 2007, in time for the depot’s 100th anniversary. Total cost of the restoration was $804,000.

One last bit of history. This story has been repeated so often that it must be true. The plans for the Baltimore & Ohio Railroad station arrived in Mount Vernon on June 15, 1906. The structure was to be built during the summer. But that was before love was in the air. It seems the railroad planned a more modest, frame structure for Mount Vernon and an elaborate, stone depot for Sandusky, Ohio, (then the northern terminal of the railroad). The frame building would take less than six months to construct while the stone structure a great deal longer. The person in charge of depot construction for the B&O fell in love with a Mount Vernon woman and wished to spend as much time with her as possible. No problem; he simply switched plans. Mount Vernon got the wonderful stone and brick building while Sandusky received the wood frame depot. And the supervisor got to spend more time in Mount Vernon.

Restoration of the Mount Vernon Depot 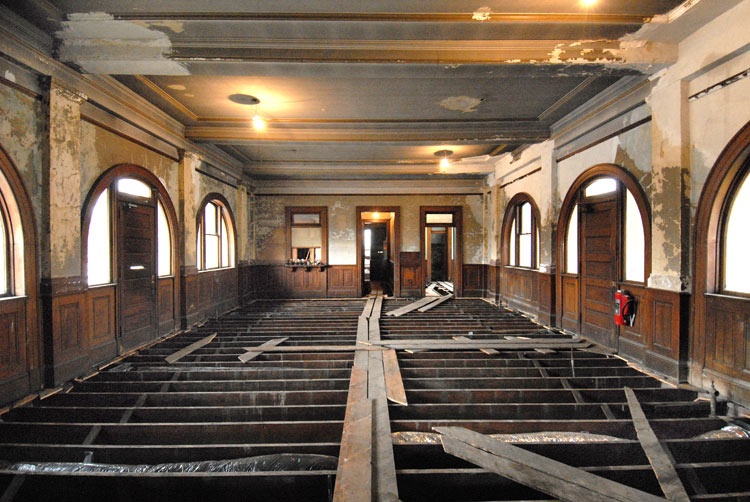 The restoration of Mount Vernon’s Baltimore & Ohio Railroad depot began in the early summer of 2001 when a local resident, Phil Samuell, approached Mount Vernon Mayor Richard Mavis about the possibility of the City purchasing the depot and restoring it.

A proposal was made to Mount Vernon City Council about a private/public restoration effort with some financial assistance from the City, but with the majority of funds coming from private donations. (see depot costs chart).

Throughout 2004 and 2005, various projects were completed. In 2006, major work began on the interior of building, including all new electric, plumbing and the installation of a geo-thermal heating and air conditioning system. Insulation was added to the stone base and in the attic.

The Carpenter’s Sons of Gambier were brought in to complete the interior restoration, including woodwork, floors, doors, painting, and the design and completion of the catering kitchen.

A grand opening was held October 18-21, 2007 where the public was invited to tour the building. The Ohio Central Railroad donated a 4-6-2 steam locomotive for the occasion, which sat in front of the station the entire weekend.

Our generous contributors are listed on our donor list, which you can download here and see in the freight room of the depot. Our many thanks of appreciation to all those individuals, organizations and businesses who participated in the restoration.

The Meadows is a wide open, flat space to the west of The Ruins and The Terraces. This is the perfect area for games and activities that require a large grassy area. It is an inviting spot to toss a Frisbee or fly a kite.

There are several picnic pavilions available in The Lakes area of Ariel-Foundation Park. The two largest pavilions may be reserved for community or family events such as family reunions, birthday parties, 5K races, or meeting areas for civic groups. Please be aware that these venues are in high demand. Reservations are made months in advance and we cannot guaruntee availability on your desired date.

The smaller picnic pavilions are available and may be used without reservations. All pavilions offer gorgeous scenic views of The Lakes and The Woods areas of the park.

The Park National Bank Pavilion has a capacity of 256. The cost is $50. Kiwanis Pavilion can hold up to 40 and is free. Both pavilions are equipped with lighting and electrical outlets. Both are close to restrooms and have ample parking. 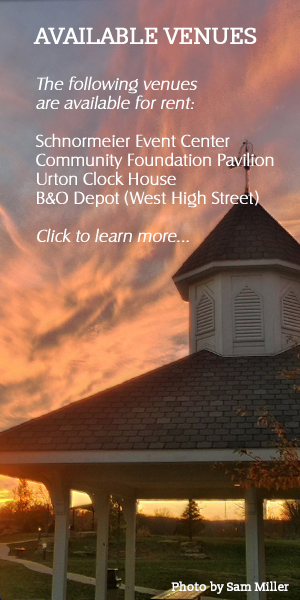