Slippery Elm is widely distributed in eastern North America, where it thrives in moist uplands, although it will also grow in dry, intermediate soils.

Slippery elm is most easily recognized by the broad oval coarsely toothed leaves that have a rough sandpapery surface.  Each leaf has straight veins that run out to the toothed leaf edge.  The slippery elm has leaves that are usually larger and wider compared to the more common American elm.  The leaves are a dark green in the summer, but a few golden or yellow leaves are dispersed throughout the tree in the early fall. 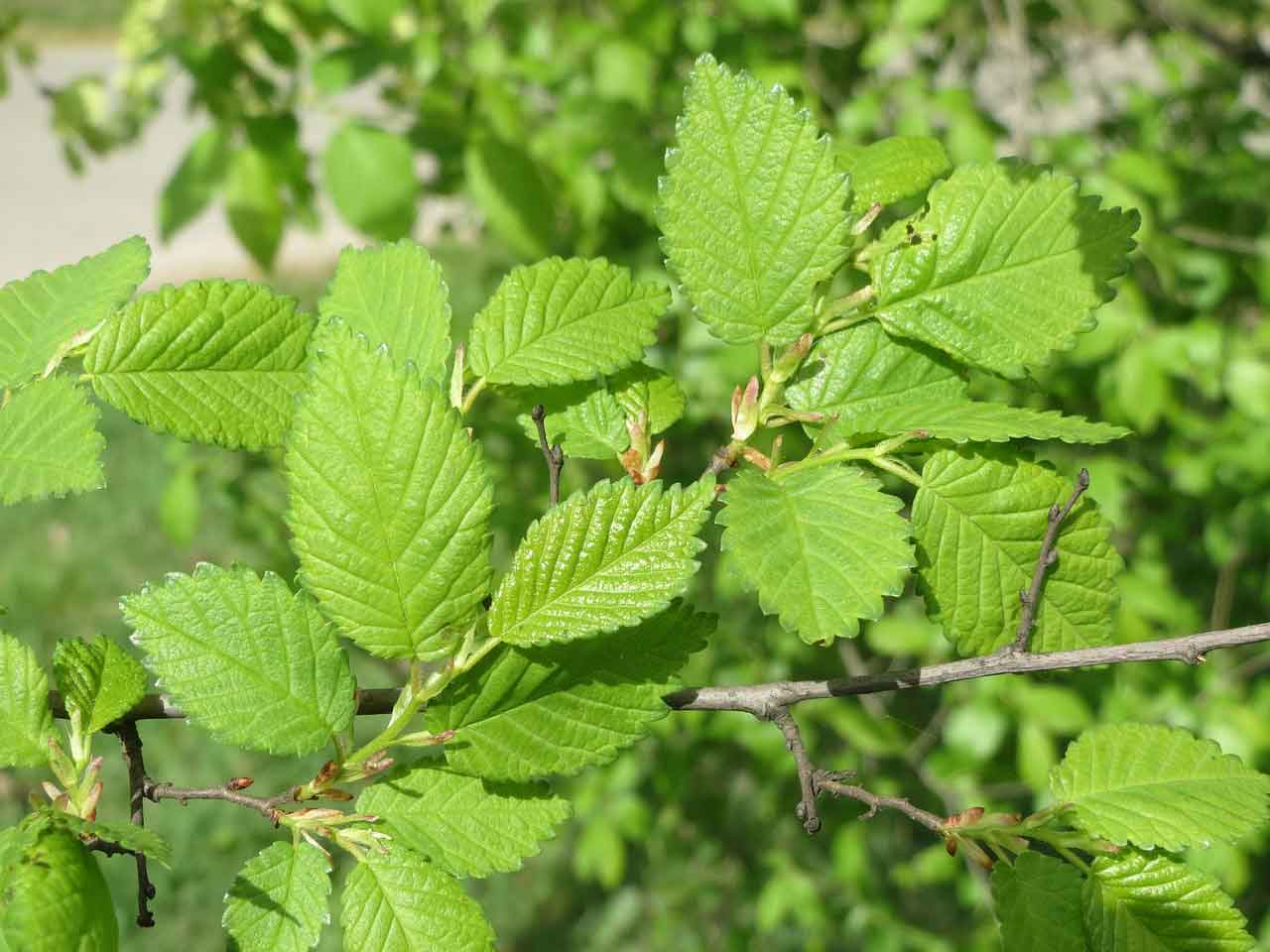 Wind-pollinated flowers are produced before the leaves appear in early spring, usually in tight, short-stalked, clusters of 10–20.  The tree produces reddish-brown fruits that are oval-winged and slightly notched at the top.

The tree's fibrous inner bark produces a strong and durable fiber that can be spun into a rope, which can be useful in making things. Also, the wood is very good for starting fires.  The yoke of the Liberty Bell was made from slippery elm wood.

People have been known to use the leaves of the slippery elm for tea, and the inner bark has been used for medicinal uses.  The wood is used for the hubs of wagon wheels and is very shock resistant.  Slippery elm tablets used to be chewed by baseball players to enhance the effectiveness of saliva to make a baseball pitch "spit ball" curve more.

The slippery elm is susceptible to many of the same diseases as American elm.  It can also be attacked and killed by Dutch elm disease, caused by the fungus Ceratocystis ulmi