Ohio Industry at the Turn of the Century

The Coxey Building ruins remain as a testament to an age of industry and innovation in Mount Vernon. When Jacob Coxey opened the building as a steel plant around 1900, he founded it on a network of railroads, pipelines, and commerce in Ohio. Natural resources abounded. Knox County’s industrial boom began when the Ohio Fuel Supply Company drilled a natural gas well that produced 7,000,000 cubic feet of gas every day. The company piped the gas through the Columbia Gas Transmission Company, making Mount Vernon a significant supplier to cities like Wilmington, Virginia, and Charleston, West Virginia.

All over the state, towns like Mount Vernon launched themselves on similar trajectories. Bountiful resources in the form of sand, gas, and clay allowed entrepreneurs to break ground with production plants. New industries not only employed many of the residents of these small cities, they also created surpluses to trade throughout the state. The bricks of the Coxey Building provide one example: Each one bears the inscription of their maker, “BELDEN, CANTON, OHIO.” In 1885 Henry S. Belden founded the Diebold Fire Brick Company in Canton. He became the first to pave Canton’s roads with brick. Next, his bricks helped pave roads statewide. And just fifteen years after its founding, his company laid the foundation for the Coxey Building and the heart of Mount Vernon’s glass industry for years to come.

“Steel Mills” at Ohio History Central: http://www.ohiohistorycentral.org/w/Steel_Mills “steel plant” in “When Jacob Coxey opened the building as a steel plant around 1900.” 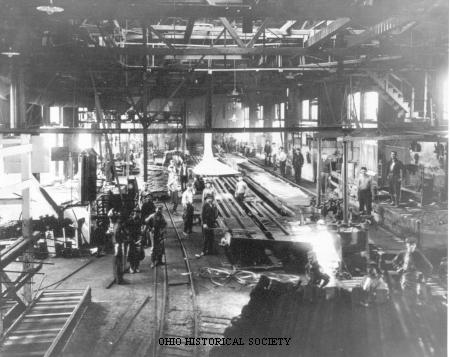 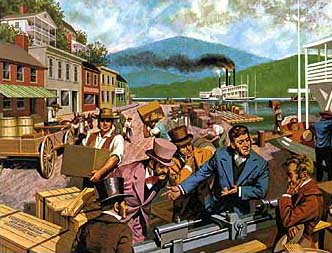 Photo: Manufacturing prospered in Ohio during the late nineteenth and early twentieth centuries because of early industrialization through coal mining and iron production in the early 1800s. Courtesy Ohio History Central. 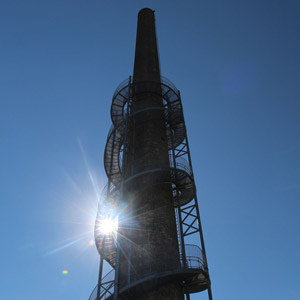